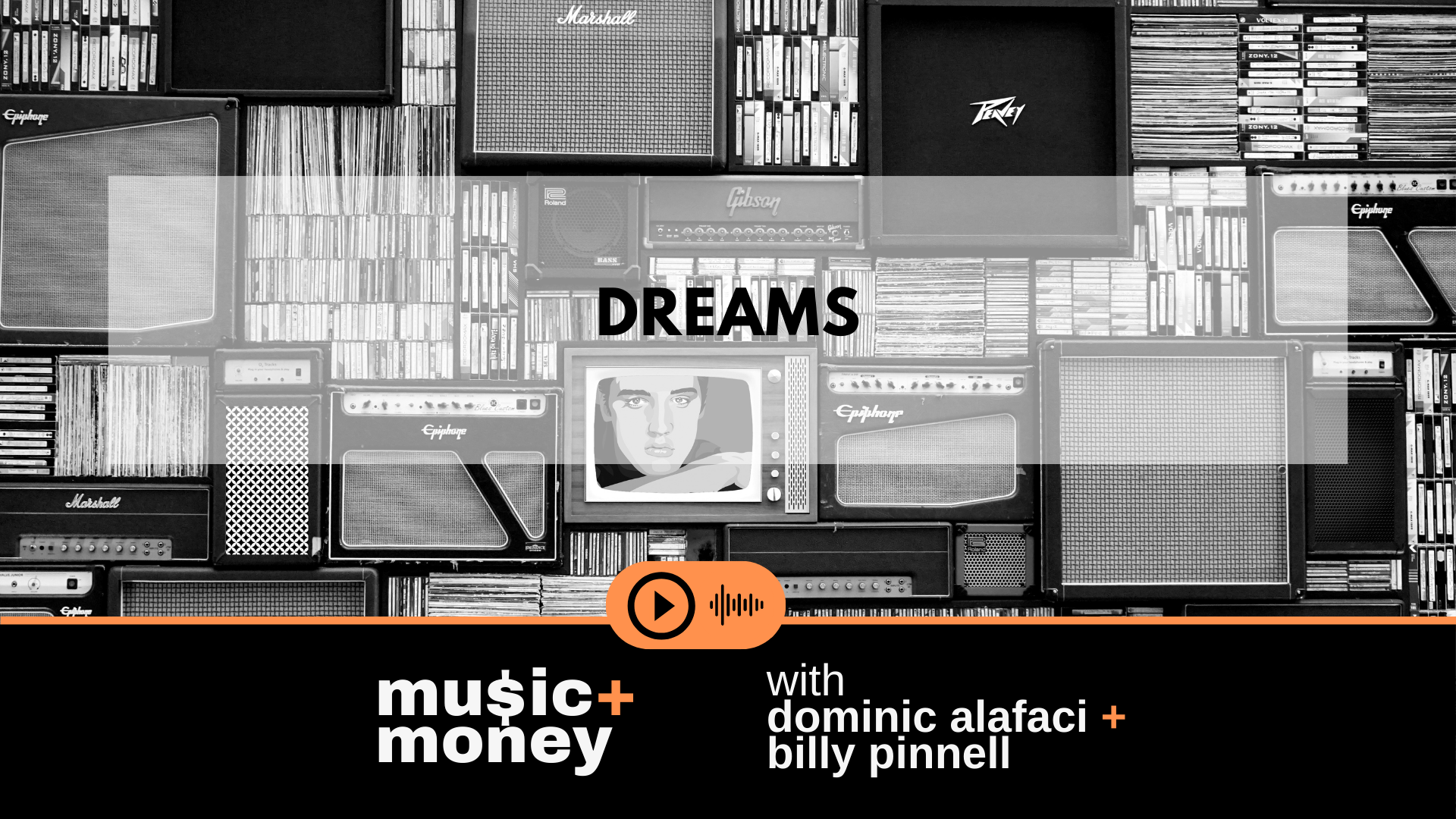 In a tribute to our dear friend and 3AW colleague Ernie Sigley, who passed away on 15 August 2021, Billy and I reflect on the career of one of the most successful Australian television hosts, variety performers, and radio presenters, who’s recording of “Love is a Golden Ring” was a Top Ten Hit in 1957.

Ernie dared to dream and went on to win 21 Logies including a Gold Logie in 1975 for the most popular TV personality.

Billy then plays the 1983 smash hit “ Sweet Dreams (Are Made of This)” by the Eurhythmics, an inspirational song for all of us who dare to dream. And then I show that if you “attach” a date to your dream, you might just have the basis of a financial plan, which is a valuable tool in navigating your relationship with Money, as Money is only a means to an end. You don’t want to end up like Daffy Duck in the tomb of Gold and Diamonds only to end up a miserable little duck.

Lastly Billy highlights what he believes to be one of Elvis’s best ever recordings “If I can dream”, released only two months after the assassination of Martin Luther King Jr. someone very special to the King of Rock and Roll, and to the world at large.

Music and Money is a new series of inspirational podcasts starring two of Melbourne’s well known 3AW Radio Personalities, Billy Pinnell and Dominic Alafaci. The two Melbournians are drawn together by their love of music and Aussie Rules Football, as well as a passion for sharing their interesting experiences with their wide audiences.

Music and Money – two things we all need, at least a little of, to get by.

Have you subscribed? If not, I want to encourage you to do that today. I don’t want you to miss an episode. We’ve got more great episodes planned, and if you’re not subscribed there’s a good chance you’ll miss out on those. Click here to subscribe in iTunes!