Sharing over 150 years of combined experience. 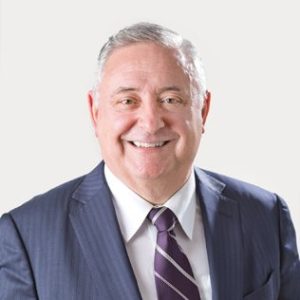 He was a Senior Advisor at Deutsche Bank Financial Planning (formerly Bain & Co) between February 1988 to October 1996, and Victorian Manager of Financial Planning for HSBC James Capel from November 1996 until February 1999, when he established Collins House Financial Services Pty Ltd which held its own AFSL until 2008. He is the Responsible Manager and Managing Director of Collins House Private Wealth Pty Ltd AFSL 449 146.

He has appeared regularly on Melbourne’s most popular Radio Station 3AW for more than 20 years as the resident Financial Planning Expert, and currently presents the 6.35 am Australian Business Report weekday mornings on the award-winning Ross Stephenson & Russel Howcroft’s Breakfast Programme, as well as being a regular talkback guest on Weekend Breakfast with Darren James.

Author of: “Grow Manage & Protect your Wealth – 17 Tips You Can’t Afford To Ignore. Sam commenced his Professional career in 1985 with a Public Accounting firm in Melbourne’s north where he became a SeniorTaxation and Business Advisor after completing his CPA Programme in 1991.

After 14 years in Public Practice, Sam accepted a role as CFO and General Manager role of a CBD based Advertising and Design Firm where he became a major shareholder.

In addition to growing the business, he successfully negotiated the merger of the firm and was involved in all aspects of the transaction thus ensuring a smooth transition for both the vendors and purchasers.

In 2003 he accepted the position of CFO and General Manager of a privately owned Australian Engineering and Manufacturing Firm that specialised in Laser Cutting and Metal Fabrication.

As well as being responsible for all Financial and Taxation matters, Sam was actively involved in the day to day operations of the firm including driving productivity gains and improved profitability, developing and implementing a Strategic Business Plan, and finally establishing a Tax Effective Succession Plan for the owners who wanted to exit the business after 30 years.

Prior to joining Collins House as a Director, Sam was engaged as a Senior Tax Manager in the Business Services Division of Chartered Accounting firm Smith Peacock Henshaw, to oversee the Succession Plan for one of the Senior Partners.

Sam provides hands-on Taxation Advice to Executives of medium to large-sized firms, Administration of Self Managed Superannuation Funds and Succession Planning for small to medium-size enterprises. 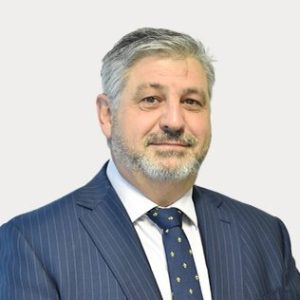 Nick commenced his career in Public Practice in 1988 prior to establishing Carrington Myers Chartered Accountants in 1994.

With over 30 years of experience across a diverse range of industries, Nick’s clients benefit from his expertise, with a focus on private and family businesses.

Nick has knowledge in all facets of Accounting and Taxation, in particular business advice and planning.

He has been a member (and previously Chair) of Chartered Accountants and New Zealand Public Practice Panel for 8 years. 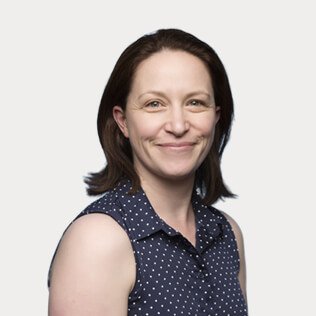 Before joining Collins House in 2011, she commenced her career in Financial Services in 2001 in the United Kingdom. Between 2004 and 2010 she was employed as an Independent Financial Advisor with UK Chartered Firm, Firth & Scott Financial Services Ltd. Returning to Australia in 2010, Kate worked in the Private Wealth division of the Commonwealth Bank in Melbourne.

Kate assists clients to achieve their lifestyle and financial objectives in a professional, personalised and ethical manner. 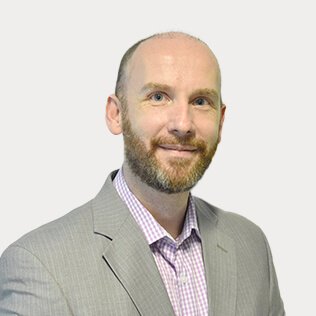 Prior to joining Collins House Private Wealth in March 2020, Michael was employed at Carrington Myers Chartered Accountants as an Accounting Manager. He has over 20 years of experience in providing quality accounting, taxation, and business advice to clients.

Michael’s approach of building close business relationships with his clients has proven to be a successful one as he has achieved great success in assisting them to grow their business, through effective strategies including budget development and management.

Outside the office he enjoys spending time with his family and friends, running and playing basketball. 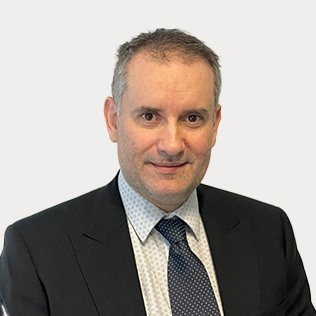 Nick provides hands-on Taxation Advice to small business owners, high net worth individuals and their families. He has significant experience in providing high-level business and administration services to SMSFs, Trusts and Companies. 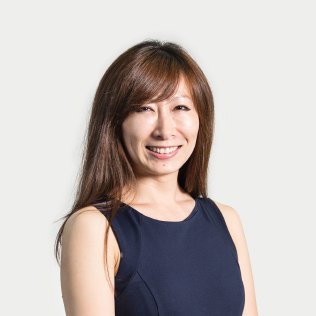 Yi joined Collins House in 2013 after returning from China where she worked as an Assistant Accountant specializing in compliance for 4 years.

She has a Bachelors degree in Accounting and a Masters degree in Finance and in addition to providing valuable administrative assistance to accounting clients she is responsible in part, for the administration of Self Managed Superannuation Funds and preparing investment summaries for Trustees. Sarah joined Collins House in 2017 and has since worn multiple hats within the office. Growing from a Junior Accountant to Accountant, she is now the Group's Practice Manager. Her role oversees the group's strategic business development as well as managing the business' financials and accounting.

Sarah holds a Bachelor of Commerce (Accounting & Finance) from The University of Melbourne and Diploma in Accountancy from her studies in Singapore. 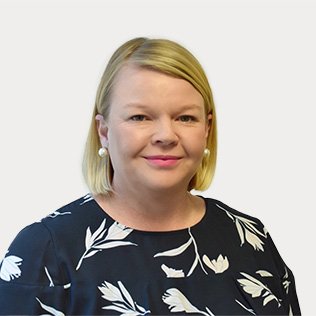 Sarah has worked in finance and financial planning for over 22 years, 16 of which with the National Australia Bank (NAB), across various corporate and client roles.

Currently studying her Diploma of Financial Planning, Sarah prides herself on providing the highest levels of service when helping our clients with their investment strategies and portfolios. She is always here to assist our clients and is happy to answer any queries that our clients might have. 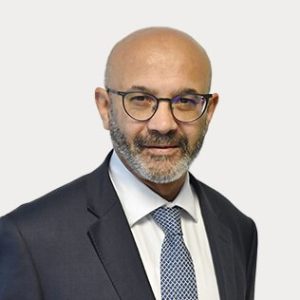 Raj has been in public practice since 1984.

Initially starting his career at the Australian Taxation Office, Raj became a partner at Carrington Myers in 1994. He has since acquired a wealth of experience in income tax, fringe benefits tax, GST and superannuation.

Throughout his career, Raj has assisted numerous small businesses to become successful and profitable enterprises.

In his spare time, Raj is a Treasurer of two Not-For-Profit enterprises and a Board Member of a charitable institution. 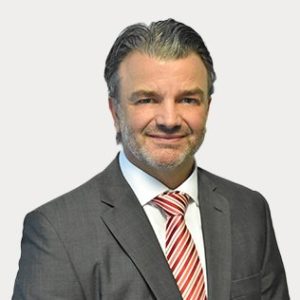 Simon is a Certified Financial Planner and holds a Graduate Diploma in Applied Finance and Investment. Simon has 25 years experience prior to joining Collins House. He began his career in Financial Services in 1997 working as an equities analyst before becoming a Financial Advisor in 2003. Following that, he worked as a Senior Financial Advisor for an independent firm for over 14 years.

Simon enjoys working with people from all walks of life and better assisting clients by providing tailored strategic investment advice to help them achieve their financial goals. Matthew holds a Bachelor of Business in Financial Planning from La Trobe University. He commenced his career in the Financial Planning industry as a Para Planner, where he learnt valuable technical advice skills as well as an extensive range of advice strategies.

Keen to expand his skill set, Matthew took up the role of Financial Advisor and Paraplanning Manager in November 2020. Matthew is passionate about providing advice to clients that are in their best interests. 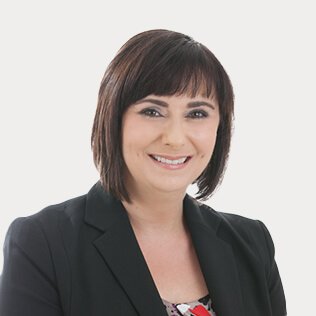 Eve joined Collins House in 2019, having worked in both London and Melbourne, with broad-based experience in senior administrative roles for Credit Suisse, BlueScope Steel, The Windsor Hotel and Australian International Business Services, which she continues to manage today and provides online courses in Business English. 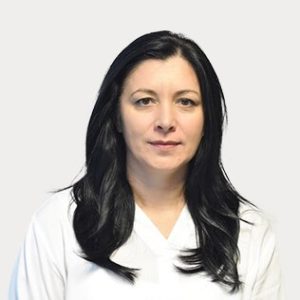 Prior to joining Collins House Private Wealth in March 2020, Biljana enjoyed a successful career with Carrington Myers Charted accountants where she commended her employment there in November 2011 as a Senior Accountant.

She holds a Bachelor of Business degree majoring in Accounting and Finance from Victoria University and has over 11 years of experience in small business tax and compliance.

She enjoys working with a range of individuals and small business clients in a variety of roles including preparation of financial accountants for companies, trust, partnership and self-managed super funds, as well as the completion of tax returns and business activity statements.

Outside of work her interest include spending time with family and friends, travelling and swimming. 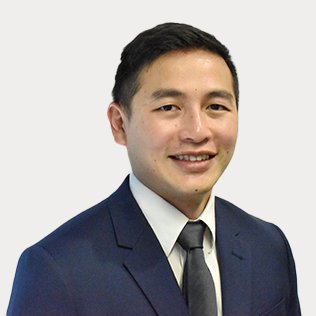 Daniel has over 8 years experience in business advisory, taxation and accounting services. He has broad exposure to various industries including medical, hospitality, engineering and construction.

After graduating from Monash University with a Bachelor of Business (Accounting and Banking & Finance), Daniel commenced his career in Accounting and has been a Chartered Accountant (CA ANZ) since 2016 with a Certificate of Merit in Financial Accounting and Reporting.

Daniel is passionate about building strong and trusted relationships with his clients and is highly motivated in making direct and positive impacts for our clients.

Outside of work, Daniel is a passionate tennis player, snowboarder and gym junkie. 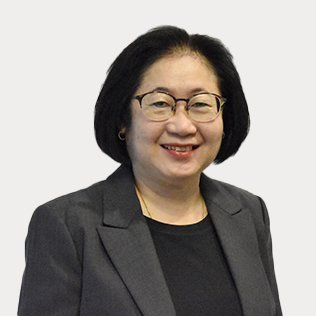 May holds a Bachelor of Economics (Acc) degree. She is a Certified Public Accountant (CPA) and a SMSF
Specialist Advisor (SSA) with many years of experience in the SMFS industry.

May began her career as a financial accountant in Malaysia. Upon migrating to Australia, she worked as
a management accountant before developing an interest and specializing in SMSF Accounting.

May brings a strong knowledge of superannuation accounting standards, tax legislation, SIS Act 1993 and
SIS Regulations 1994 to both the team and her clients.

Outside of work, May enjoys travelling, walking, listening to music, and indulging in the occasional fine
dining experience. 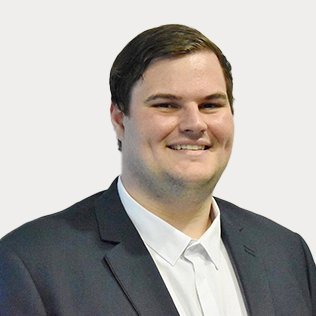 Miska holds a Bachelor of Accounting from Swinburne University and works with the accounting team in assisting clients with their ongoing compliance obligations and tax planning strategies.

Prior to Collins House, Miska has experience with Audit at Crowe Australia and Taxation at M+S Group Accounting.

Outside of the office, he enjoys spending his time with friends and family, travelling and live music. 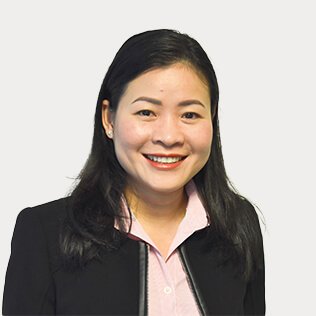 Previously, she joined Carrington Myers Chartered Accountants in 2018 and continues to work alongside the Accounting team, assisting with a wide range of taxation matters, Trusts, Partnerships, SMSFs and general accounting administration. 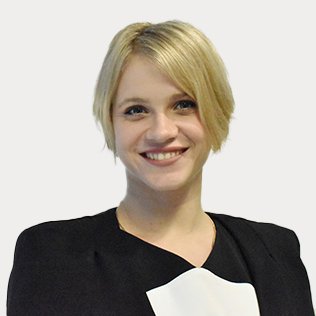 After graduating with a Bachelor of Business (Accountancy) from RMIT University, Yulia started her career at Mas Tax Accountants, where her focus was on the preparation of tax returns for individuals and SMEs.

Since joining Collins House, she has shown a keen focus on building strong client relationships and is passionate about tax and business advisory.

In her free time, she enjoys reading books on self-development and business growth. 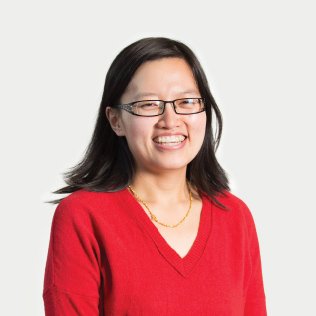 Claire joined Collins House in 2010 following her successful completion of a Masters Degree in Accounting from Swinburne University.

Prior to that, she completed a Bachelor of Arts degree from the Dalian Foreign Language University in China.

Claire is responsible for the administration of the practice and assists with general accounting matters.

Claire is a valuable member of our team and assists with the establishment of trusts, corporations and Self Managed Superannuation Funds as well as ASIC matters. 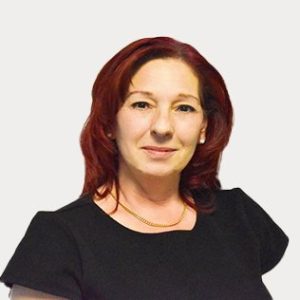 Effie is a problem solver and an outside‐the‐box thinker. She is passionate about understanding client needs and finding the best possible solutions to assist clients.

Effie brings with her 30 years of administration experience through previously held roles including Reception, Administration Assistant and Personal Assistant. These roles have been held in a variety of industries such as Import/Export, Charity, Financial Planning and Accounting Firms.

Out of the office, Effie’s interests include motor sports, food, languages, and spending time with friends.